Indivisible members, this resource is being shared anonymously for our mutual information and protection. It is written by one of our members who invites us to share freely with other groups and individuals as needed.

In what follows, I differentiate between “casual” attacks and “directed” attacks. A casual attack is when you and a million other people receive malware via email, or are swept into a data theft from someone’s mailing list. A directed attack is when someone is attempting to gain access to your information, personally, either because of who you are or because of an organization you’re affiliated with.

There is some overlap, and so some of the same precautions apply to both.

END_OF_DOCUMENT_TOKEN_TO_BE_REPLACED

Some years ago, I tutored students at a local community college, usually non-native speakers of English who needed help with language. There I became acquainted with Sed and Ganet, two young people who’d come to America illegally. In the course of our classwork, I learned a bit about how they came to be here. I’d like to share that with you. END_OF_DOCUMENT_TOKEN_TO_BE_REPLACED

You can buy postage-paid blank postcards with a “Forever” stamp printed on the cards online and have them delivered to your home.

As the stories come tumbling out now about Russian interference in our election process, we’re all experiencing the simultaneous relief and horror of knowing it was not our imagination. Yes, something truly terrible happened to our country in November 2016.

It can’t be said enough: We need to understand how this came to pass, so we can learn from our mistakes and make sure it can never happen again. We have to untangle this ugly snarl and backtrack this trail of treason to its source, wherever it goes. Many factors worked together to put this dangerous man in the White House; we have to understand each and every one. END_OF_DOCUMENT_TOKEN_TO_BE_REPLACED

My name is Brenda DeJardin and I had an Abortion 1991 at the age of 26. My abortion story isn’t sensational or unusual in any way and I believe most stories are not.

It starts as a mistake

I lived in Eau Claire, WI. (pop 60,000) and was going to college as well as working part-time. I met a man, had a sexual relationship with him and accidentally got pregnant. Yes, I was surprised by this because I had successfully NOT been pregnant and had been sexually active since my teens. END_OF_DOCUMENT_TOKEN_TO_BE_REPLACED

I think I know exactly what they don’t want us to see. What is so mysterious that we all wonder what ties could there possibly be to Russia? What abomination could have corrupted our national purity? Could it be that we just do not get it yet, that the machine that drives corruption there is the same machine as here, the same as in Africa and the Middle East, in Latin America and Asia and Europe, the same that invested in Nazi Germany’s war, modern decades of empire building and violent regime change, the same that foments chaos everywhere to justify going in to squelch it, and then contracts out the appearance of fixing the destruction it caused? When will we recognize this insidious heist pulled over and over again, that hides behind business as usual, with government complicity?

Under our noses, as citizens dutifully question collusion of top government officials, corporate giants Bayer and Monsanto, Dow and DuPont, plan mergers to totally take over our food supply, we’re talking globally. Note the alarm sounding one of many predicted side effects; with these mergers we will see the certain demise of the already depleted worldwide populations of bees plus attendant devastations of our whole ecology as we know it, global ecology. END_OF_DOCUMENT_TOKEN_TO_BE_REPLACED

As these nightmarish Trumpian weeks unfold around us, with their daily parade of insults, lies, and abuses piling up around America’s ankles, an ugly picture is emerging.

It’s not just Trump being Trump. The man himself has no ideology or aims. He’s merely the mirror to our own worst impulses, dutifully reflecting America’s basest instincts: greed, lust, a seething bottomless pit of ego devouring itself. END_OF_DOCUMENT_TOKEN_TO_BE_REPLACED 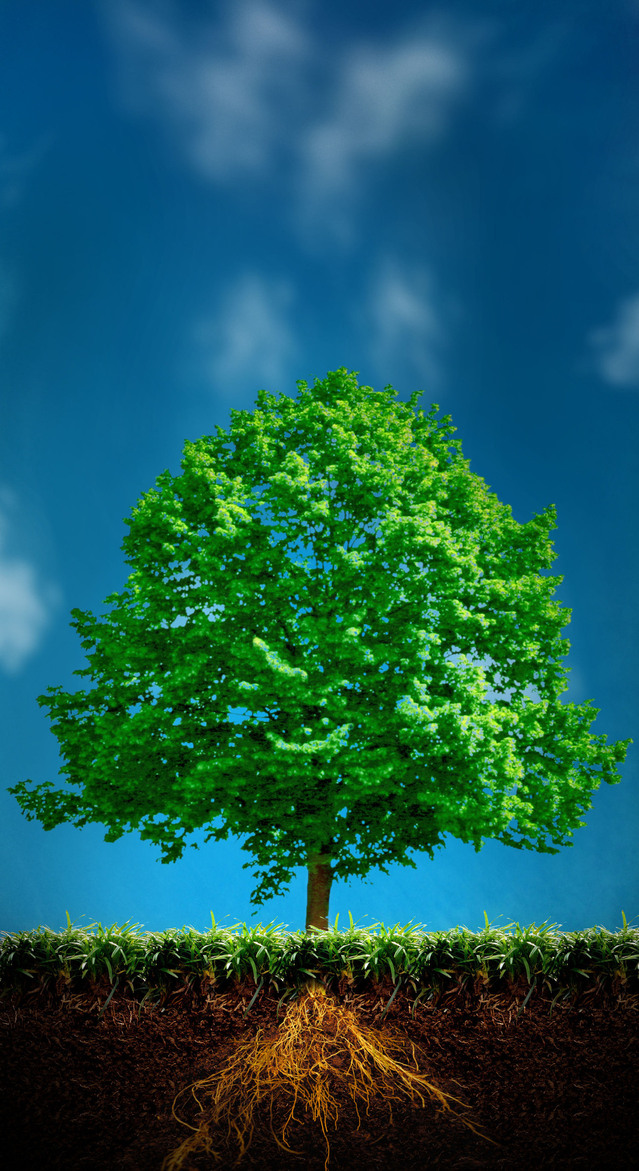 Let’s examine the lowly root. Roots anchor. Roots collect and store nutrients. Roots sustain. Roots are the unseen masses, without which even the most stately trees cannot thrive.

It’s time for progressives to put down roots. Voter registration and empowerment are an important start. Interstate Crosscheck has got to go (see also Project Vote and The Best Democracy Money Can Buy. ) Vote by mail needs boosting, and the electorate must demand examination of The United States voting process. The meta issue, however, is choice: Who can the newly registered and reinstated turn to for just and responsive representation?

Today’s banishment of several major news organizations from the White House press conference is yet another step on the ladder of authoritarianism. If you don’t subscribe to a good newspaper, now is the time to do it. Put your money where your mouth is.

In the nightmarish days after 45’s election, one of the first things I did (once I pulled myself together) was to subscribe to the New York Times and the Washington Post. I also subscribed to the Seattle Times. I’d let my subscription to the Times lapse sometime after GW took office, and over the years since then I was content to glean what I could from various websites online. But after the election, I was constantly exhausting my quota of free articles on these websites, so I coughed up the money and became a legit digital subscriber. I can tell you: it’s worth every penny.
END_OF_DOCUMENT_TOKEN_TO_BE_REPLACED